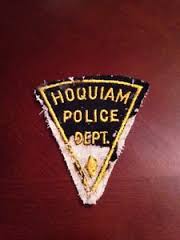 On Thursday, October 27, 2016, Nathan C. Oeser, age 67 of Hoquiam, was arrested by Hoquiam detectives after he conducted a notary service on a state prison document for an undercover Hoquiam officer.

On October 11, 2016, a citizen reported she had called Oeser to notarize a lost title application the previous day. Oeser travelled to the victim’s home and notarized the form, charging her $40 for the service. State law limits notary service fees at a maximum of $10.

Upon leaving, the victim wished Oeser a nice day; Oeser reportedly said he would because he was “going to buy beer”.

When the victim tried to file the notarized lost title form, she discovered Oeser’s notary license had been revoked by the state. The victim went to Oeser’s home to demand her money back, but he shut the door in her face.

On October 27th, an undercover Hoquiam officer posed as a customer who needed a state prison visitation form notarized. The undercover officer called Oeser and arranged a meeting at a restaurant in downtown. Oeser notarized the document and charged $35 for the service. Oeser was subsequently arrested and transported to the Hoquiam Jail; his notary stamp and ledger book were seized as evidence.

Once at the Hoquiam Jail, Oeser was interviewed by a detective. He was subsequently cited for two gross misdemeanor counts of Official Misconduct as a Notary Public into Grays Harbor County District Court and two misdemeanor counts of Operating without a City Business License into Hoquiam Municipal Court. Oeser was advised by the police department to stop advertising his notary service and remove his business signs.

Any Notary Public actions conducted by Oeser after May 2016 are presumably not valid. Additional victims can contact Detective Don Grossi at 360-532-0892 x 295.
Anyone with questions regarding professional or business licenses in Washington state should check the status of any license, business or person on the Department of Licensing website at www.dol.wa.gov/business.